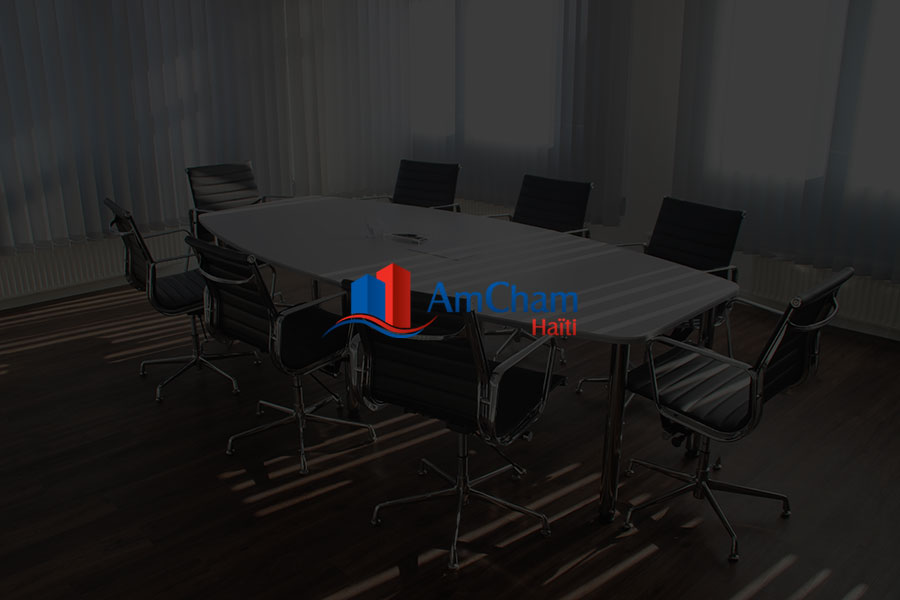 There are specific dates in history that carry with them lasting significance. For AmCham Haiti, 1980 is a year that will remain as a springboard for the development of the private sector. Indeed, at a time when the relations between the public and private sectors were not at their best, considering the political conditions that prevailed at the time, a group of Haitian and American businessmen and industrialists, Stan Urban, Ozwald Brandt, Elias Cassis Jr., Bob Burgess, Andy Anderson and Lionel d’Adesky amongs others whom with the encouragement of then US Embassy, decided to put their efforts together to set-up the Haitian American Chamber of Commerce and Industry (HAMCHAM) with the active participation of the American Chamber of Commerce of the Dominican Republic. We cannot forget the presence of Bill Woods, Executive Director of the DR Chamber, Luis Heredia Bonneti, then President, and others to whom we are grateful for their unconditional help.

At that time, Haiti’s economy was in a period of significant growth, particularly in the assembly industry that counted hundreds of factories, employing more then two hundred thousands workers, involved in electronics, sporting goods, textiles and financial institutions. As a matter of fact, Haiti was the place to do business in the Caribbean and being described as the Taiwan of the region.  Then, 1986 came with its myriads of political instability that continued for years.

All throughout those times of hardship for Haiti, the consecutive boards of AmCham Haiti kept it going with their dynamism and their conviction that it could not die and better times would come along which would allow AmCham to again play the role that it was created to play, that of fostering trade and investment to create a new sustainable Haiti.

We need to give credit to those who believed in this country’s future, by taking over whatever was left behind and those whom invested in various economic activities such as banks and other commercial and industrial businesses. Today, most of those businesses have been decimated by the devastating earthquake of apocalyptic dimension that left our country in shambles on January 12, 2010. Nevertheless we are motivated by that same determination that we had then under very adverse conditions and indeed believe the time has come to put our nation back on its feet and on the path of development.

Today, despite the impact of years of unrest combined with a particularly difficult start in 2010, we at AmCham Haiti, believe that time has come to change our country. We are celebrating our 30th Anniversary with positivism and hope in spite of the unprecedented challenges that we are facing. Over the years, we have acquired the maturity that will help us pursue the goals that we originally set for ourselves and will allow us to play a more active role in the development of the new Haiti. Once more, we shall survive. Ad multos anos, AmCham Haiti!

This concept is fairly new, but faced with numerous refusals of visas from American or European embassies, ...

Boucard Pest Control
What's interesting about being an Amcham Haiti member is the possibility to connect with people from various sector. It opens ...

The American Chamber of Commerce in Haiti (AmCham Haiti) is a nonprofit organization that encourages commercial and cultural relations between the United States and Haiti.